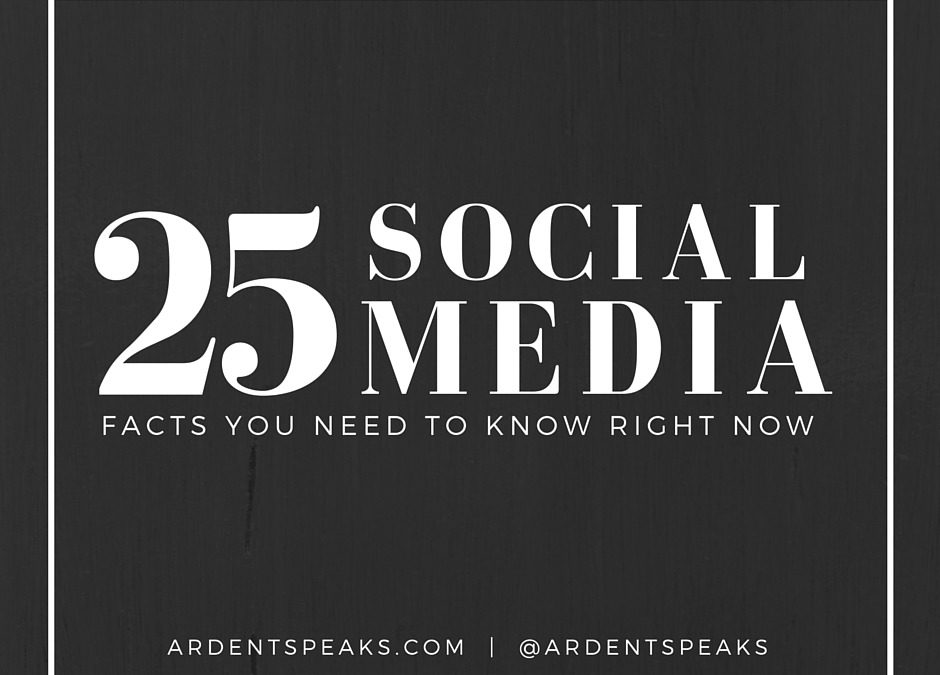 The face of social media changes everyday, but it doesn’t mean it is impossible to navigate. So, we’ve compiled 25 social media facts you need to know right now. Keeping up with the latest helps you to make strategic moves and it may give you some amazing ideas to keep you relevant. So here we go:

1. The number of worldwide social media users is expected to reach 2.5 billion by 2018. (Source: Statistica)

2. 33% of millennials identify social media as one of their preferred channels for communicating with businesses. Less then 5% of those 55 and older agree. (Source: MarketingSherpa)

4. 34% of small businesses have no social media presence at all, and 36% of those who do never respond to customer comments online. (Source: Direct Marketing)

5. People aged 55-64 are more than twice as likely to engage with branded content than those 28 or younger (Source: brandwatch.com)

7. As of the fourth quarter of 2015, the microblogging service averaged at 305 million monthly active users. (Source: Statista)

8. 78% of people who complain to a brand via Twitter expect a response within an hour (Source: brandwatch.com)

9. 77% of Twitter users feel more positive about a brand when their Tweet has been replied to (Source: brandwatch.com)

13. There are 968 million active daily users on Facebook. Users spend, on average, 20 minutes per day on the site. (Source: Infinit Datum)

14. 70% of Facebook users engage with the site daily—and 45% do so several times a day. (Source: Pew Research)

15. But despite the fact that 92% of small businesses agree that social media is important for their business AND that the majority use Facebook for their social media marketing, most also report that they don’t know whether their Facebook outreach is “working.” (Source: Social Media Examiner)

16. There are 400 million Monthly Active Users on Instagram and over 80 million photos are uploaded each day (Source: brandwatch.com)

21. 42% of all online women use the platform (Source: brandwatch.com)

22. In 2014, male audience grew 41% and their average time spent on Pinterest tripled to more than 75 minutes per visitor (Source: brandwatch.com)

24. 83% of active users prefer to follow brand rather than a notable celebrity (Source: SocialPilot)